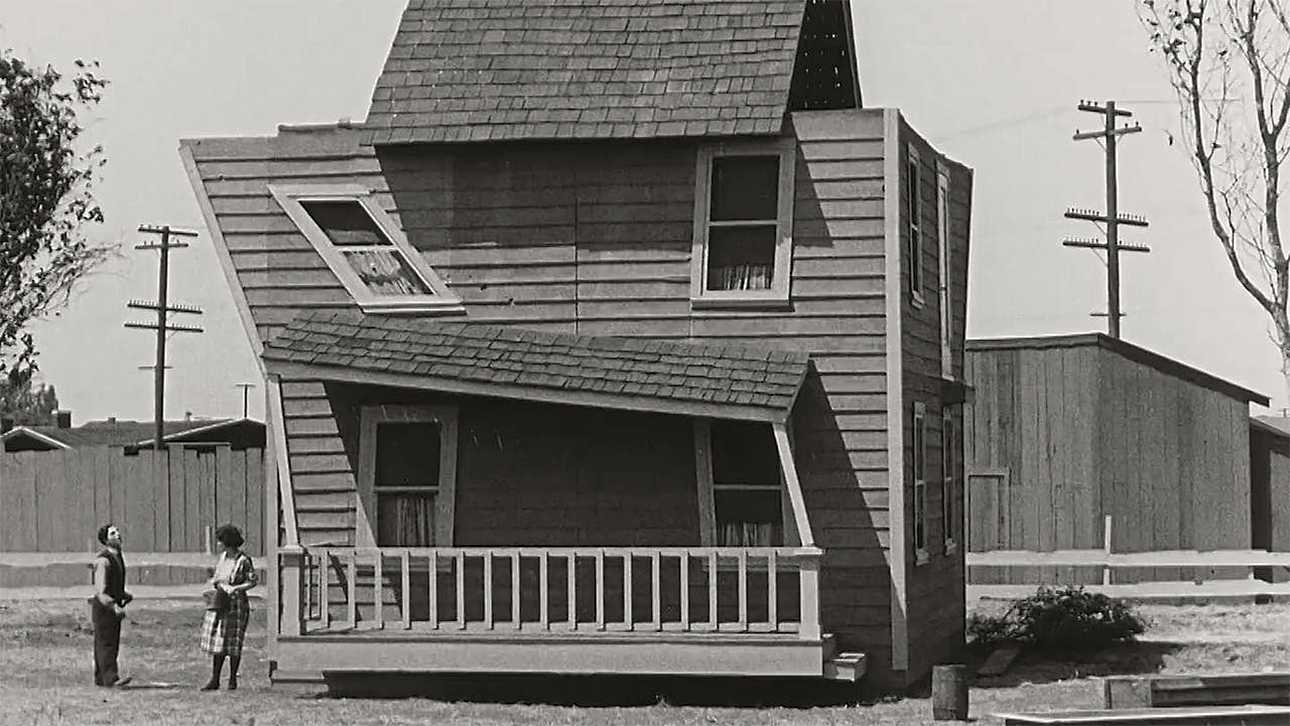 One Week was the first Buster Keaton-directed film to be released to the public (The High Sign was made earlier but shelved for several months). Based on a now-obscure educational short called Home Made, it involves a build-it-yourself house given to Keaton and his new bride (Sybil Seely). Unbeknownst to the couple, the wife’s disgruntled former suitor has changed the numbers on the boxes containing the building materials. Keaton does make the house in one week, as the instructions have promised, but what a house! Right off the bat, this early Keaton film shows his penchant for big props (the cockeyed house, a passing train). The brilliance of Buster Keaton is embodied in this short silent film.