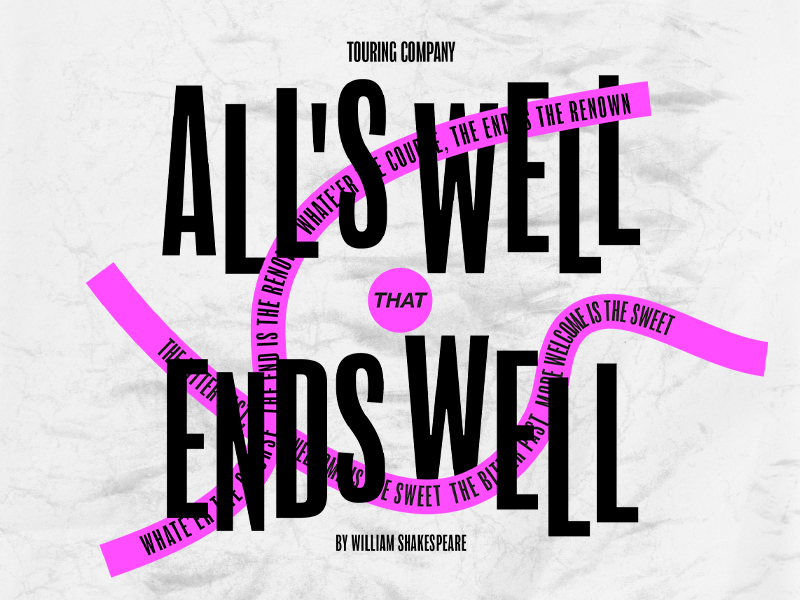 FREE & Open to the Public

What play reopened Shakespeare’s theatre after a forced shutdown due to the plague? Arguably, it was All’s Well That Ends Well. A brilliant young woman named Helena determines to chart her own life’s course, become a healer, and select the husband of her choosing. She follows her misguided man, Bertram, through what feels like a fairy tale with a modern twist, from France to Florence and back again.

With that much travel, it’s the perfect play to herald the return of NDSF’s Touring Company. All’s Well That Ends Well will bring an out-of-the-trunk, Shakespeare-in-the-Park energy to this comedy, with live music sung and performed by the cast. Performances throughout Michiana. Free.