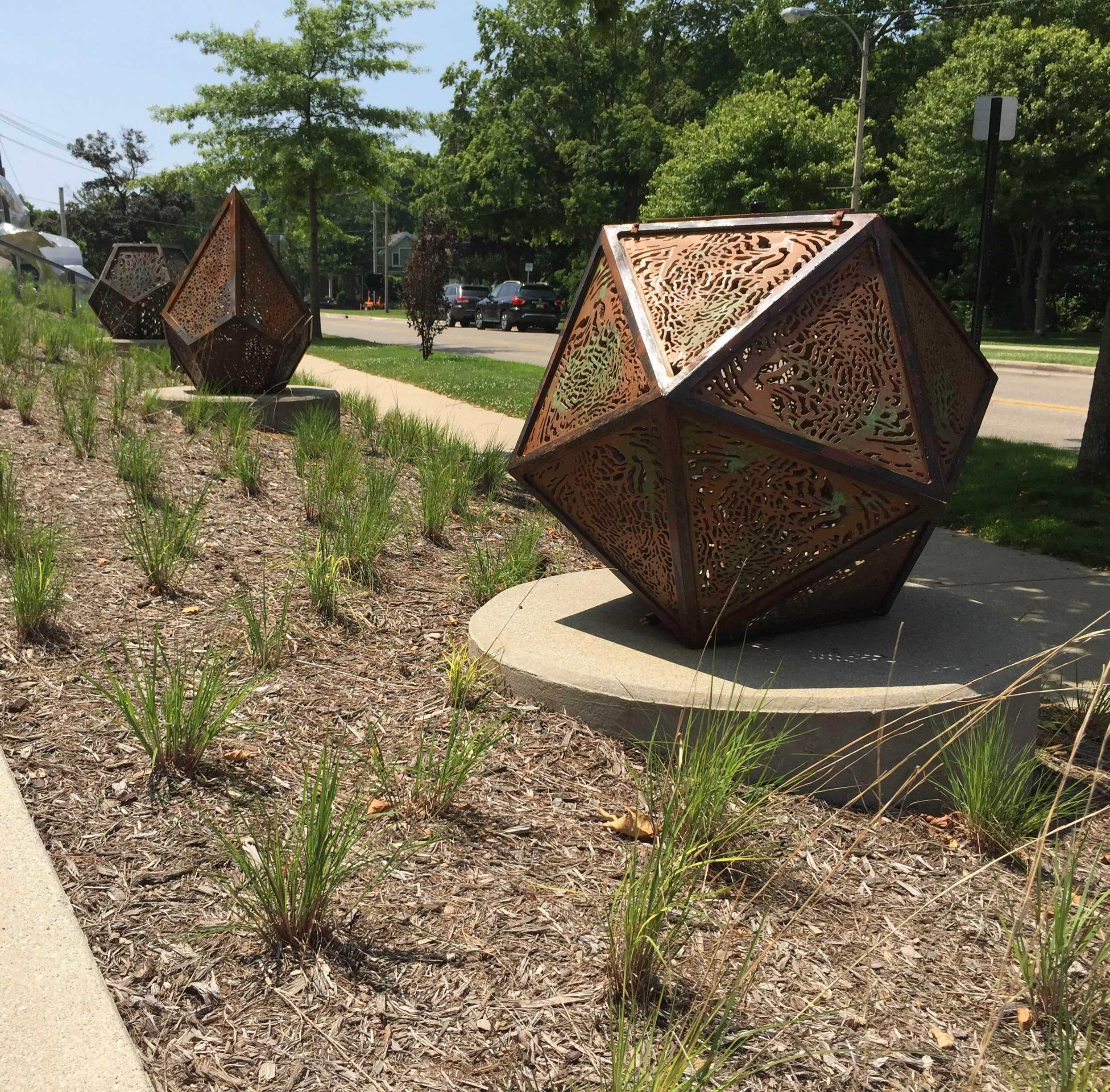 This series of three geometric sculptures is solar powered. At night, the sculptures illuminate, casting patterns of light across their surroundings. Knight carves the intricate designs with an electric saw out of the same light but durable material that is used for commercial signs. To finish the sculptures, he uses paint that contains metal. By doing this, Knight can create a patina on the sculptures in a similar way that he would if he were working with solid metal.

Chris Knight picked up his first electric saw as a teenager to turn a two-dimensional image into a three-dimensional work of art. Now, Knight is a Chicago-based artist who makes three-dimensional sculptures and signs, often out of reclaimed wood. His reclaimed barn wood signs can be found all over the world, including the Goose Island Fulton St. Brewery in Chicago and the Baltimore, Maryland, Home Office for Under Armour.