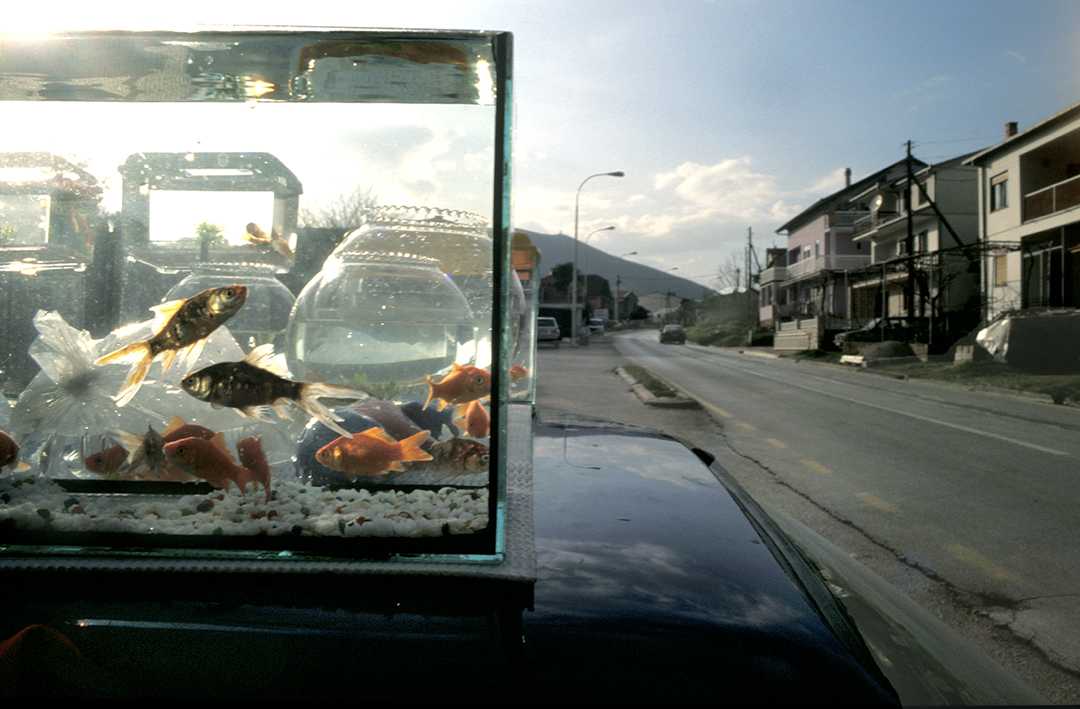 This exhibition is sponsored by Parrett Company.

Curated by Sara Terry and Teun van der Heijden, Aftermath: War is Only Half the Story tells the incredibly moving stories of the people left behind after the cameras have moved on from a war zone. Drawing on photographs from over fifty photographers, these personal and often poetic post-war views unveil not only another side to the devastating effects of war, but also tell the stories of people coming together to rebuild and heal. Aftermath: War is Only Half the Story illumines and defines our humanity while giving visibility to those coping with the lingering ramifications of conflict.

The exhibition is a ten-year retrospective of the work of the groundbreaking documentary photography program The Aftermath Project. Founded to help change the way the media covers conflict – and to educate the public about the true cost of war and the real price of peace – The Aftermath Project has discovered some of the most groundbreaking photojournalists in the world – as well as internationally acclaimed photographers Stanley Greene, Nina Berman, Davide Monteleone, Justyna Mielnikiewicz, and Jim Goldberg, among many others – working on post-conflict themes.

The end of war does not mean peace. It is simply the end of war, the end of death and destruction. Every story of war includes a chapter that almost always goes untold – the story of the aftermath, which day by day becomes the prologue of the future.  Sara Terry (Founder of The Aftermath Project)

Celebrate the opening of this new exhibition in the Krasl Art Center galleries and meet Aftermath: War is Only Half the Story curator, Sara Terry.

The Collective of Benton Harbor will walk guests through a calming breath and yoga sequence throughout the evening, and be able to answer questions on how breath control can aid in your personal journey with conflict.

Small bites from Bistro on the Boulevard and a cash bar available.

Save the date!  Join Aftermath: War is Only Half the Story curator, Sara Terry, who will lead an engaging panel discussion with community members on the themes covered in this exhibition. Sara Terry is an award-winning documentary photographer and filmmaker best known for her work covering post-conflict stories. She founded The Aftermath Project in 2003. 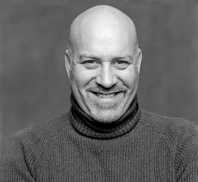 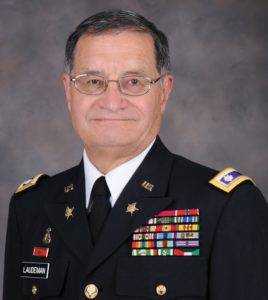 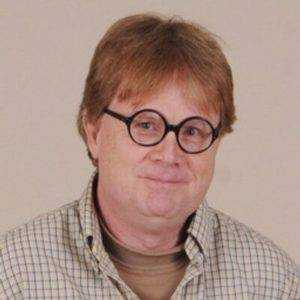 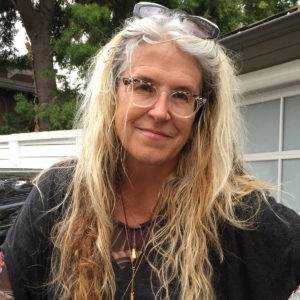 Sara Terry is an award-winning documentary photographer and filmmaker. She is also the Founder and Artistic Director of The Aftermath Project, a non-profit grant and educational program that supports photographers covering post-conflict stories and disseminates their work. The Aftermath Project develops new conversations in the photojournalism and documentary photography worlds about the importance of aftermath issues. Sara has completed several significant projects and is presently a Guggenheim Fellow in Photography. completing many significant projects. She is the curator of the exhibition Aftermath: War is Only Half the Story and will lead the panel discussion.

COFFEE WITH THE CURATOR: Aftermath: War is Only Half the Story

Walk through the galleries and learn more about the art on view with KAC Deputy Director, Tami Miller.

Wilderness and Household: Coping with Comfort

This artlab exhibition explores the evolution of domestic appliances and how they have gradually shaped humans into creatures of comfort. Consisting of sculptural apparatuses connected through the elements and functions of domestic appliances, Yehelena & Michael re-imagine these household object’s place within consumption, preservation, sustainability, and necessity. By altering the functionality of domestic appliances, the tools are turned into metaphors that reflect our dependency on these devices and the desire to break free from their comforting grasp at the same time.

Join us as welcome artlab artists Yhelena and Michael Hall to their opening talk before the official gallery opening reception. 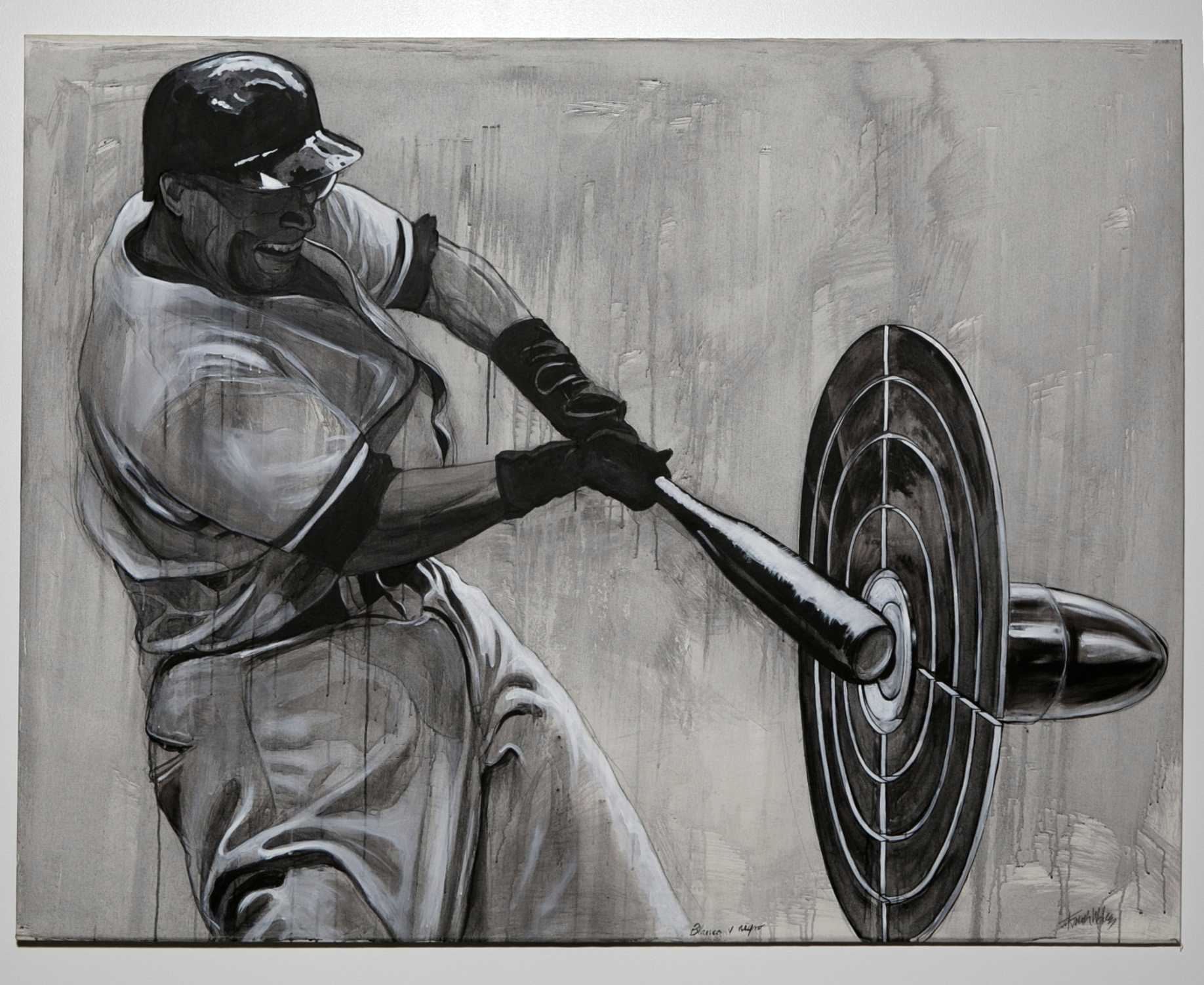 Building on recent events, this timely exhibition reflects more than twenty-five Cuban artists’ ruminations on the quotidian, social, and political realities of the island and the contemporary world. The island geography and political intensity of Cuba inform the work in a way that is immediately identifiable, often concealing coded, even subversive, ideas while simultaneously celebrating the richness of Cuba’s cultural identity. Peeling away the layers of Cuban art often reveals a story of struggle caused by the US embargo and its economic and political consequences, the social upheaval that a true revolution produces.

Mid-America Arts Allliance co-organized Arte Cubano with the Center for Cuban Studies (NYC) to synthesize two extraordinary private collections held by Kathy and Marc LeBaron and Karen and Robert Duncan. This exhibition could not have been made possible without their collecting vision and loan generosity. The Center for Cuban Studies opened in 1972 and was organized by a group of scholars, writers, artists, and other professionals, in response to the effects of US policy toward Cuba.

PREVIEW PARTY
FRIDAY, NOVEMBER 30
6-8 PM
Join us in celebrating the opening of this new exhibition. Music, small bites and a cash bar will supplement the wonderful art on view to make this a truly unique and enjoyable evening.

COFFEE WITH THE CURATOR
MONDAY, DECEMBER 3
9 AM
Join KAC Deputy Director & Curator, Tami Miller, for an informative tour in the galleries. Learn about the selected artworks, the artists who made them, and how their work informs our understandings of Cuba today. 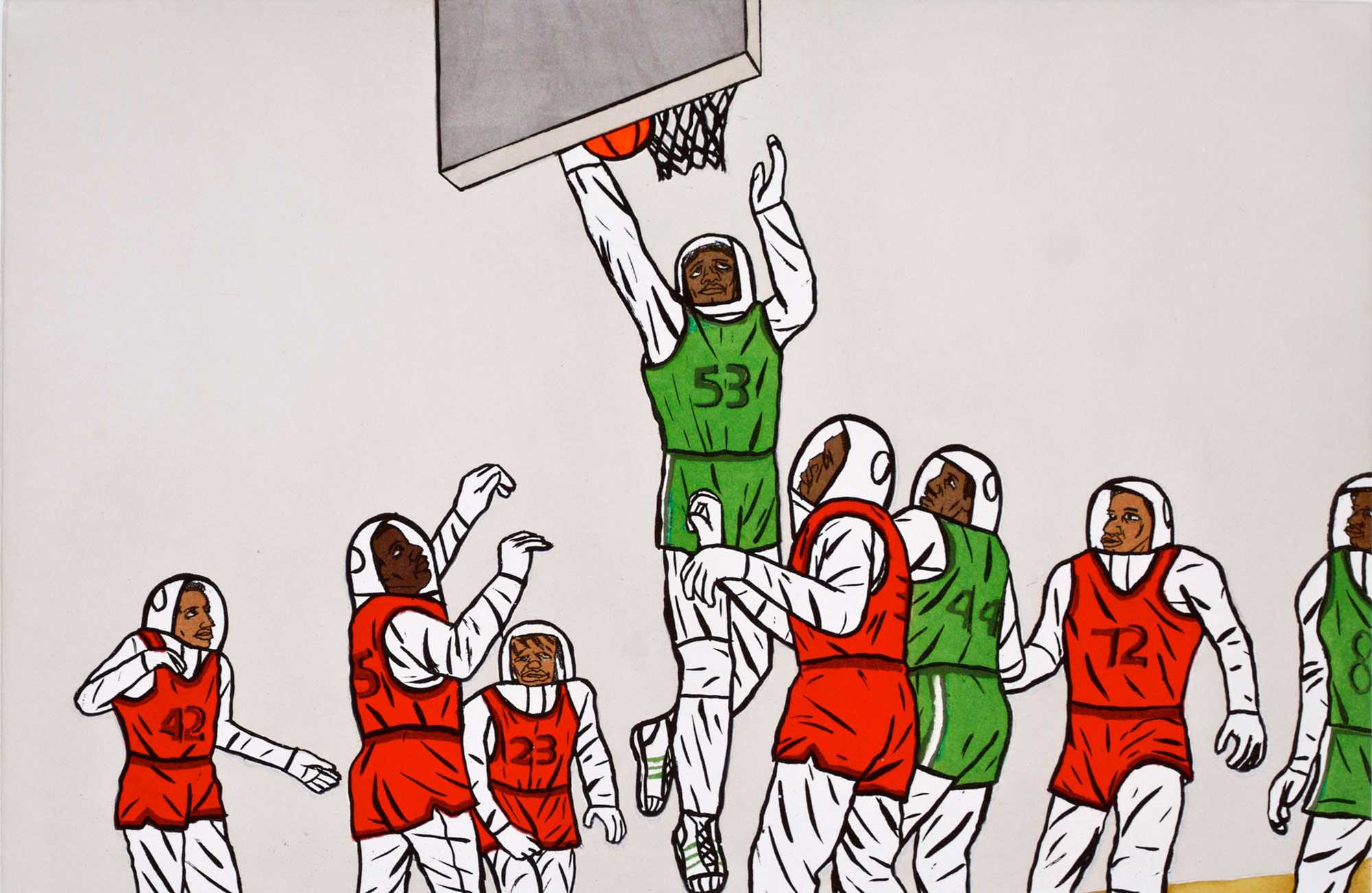 There is no singular way to address the conversation of race and representation in contemporary art. Personal to Political: Celebrating the African American Artists of Paulson Fontaine Press presents fourteen artists who capture the personal narratives and political discourses of African Americans across the country, reflecting a collective experience expressed in uniquely individual ways. This powerful exhibition of figurative and abstract artworks channels the poetics of human experience from past and present, and boldly presents ideas about history, identity, personal story, and spiritual inspiration. 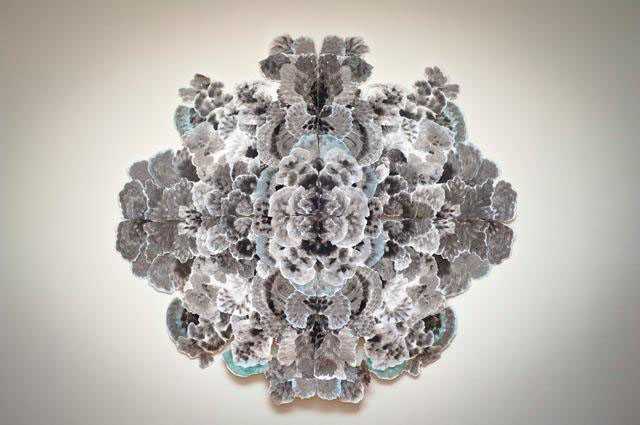 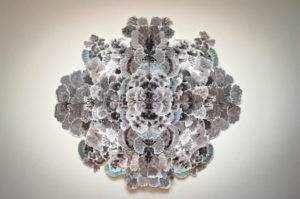 In this extended exhibition, Allison Svoboda’s ethereal collaged paper mandalas remain on view through February 3. If you have not seen the show already, be sure to visit. Svoboda uses ink paintings and fine papers to build delicately layered flower-like shapes that float off the gallery walls. 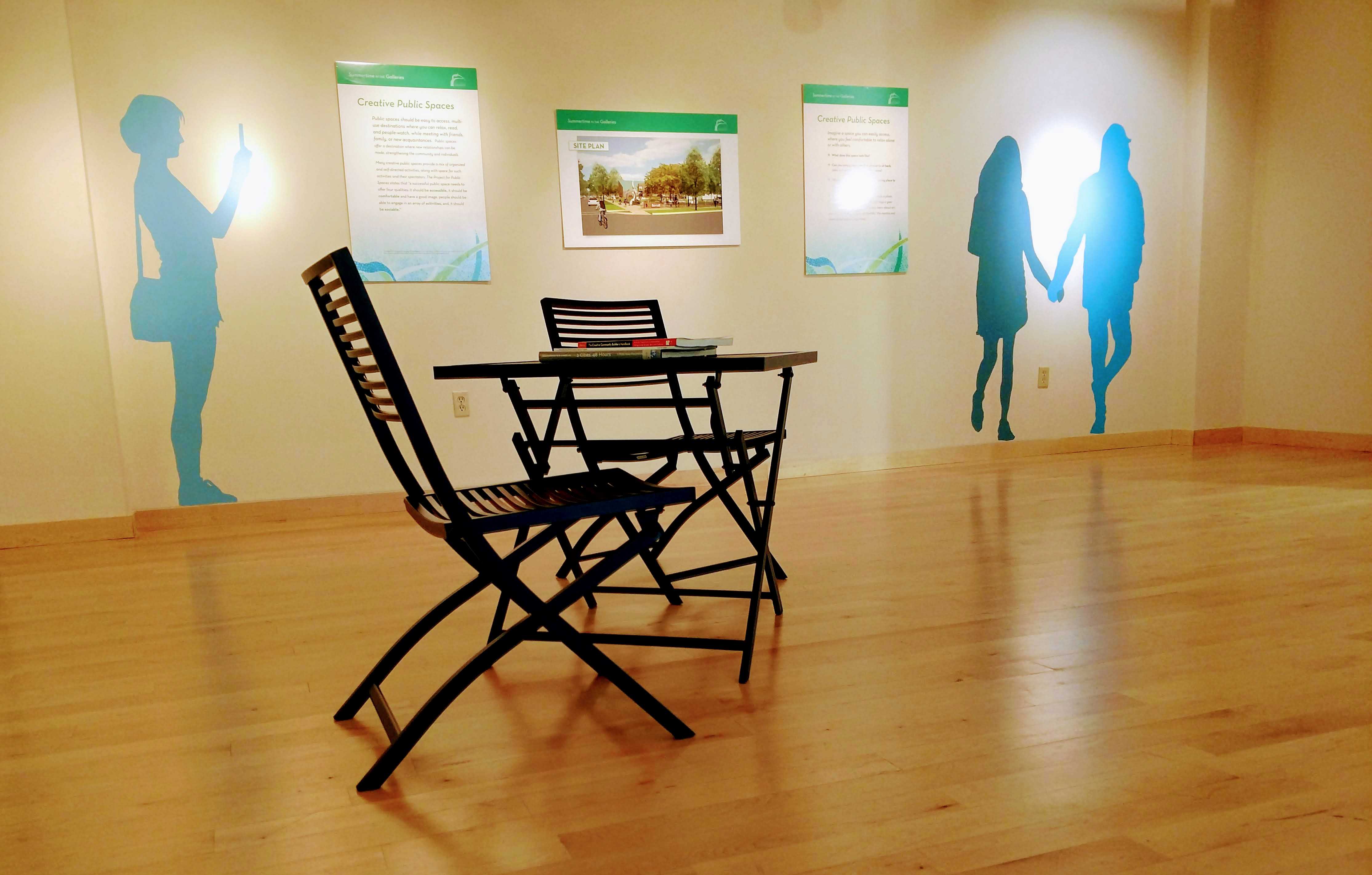 As the Sculpting Community project is underway outdoors, the Krasl Art Center invites guests of all ages and abilities to participate and enjoy a unique, fun, and playful atmosphere that is far from business-as-usual!

Summertime in the Galleries encourages visitors to explore aspects of KAC’s new grounds by participating in collaborative art projects, examining sculpture, and reflecting on themselves and public spaces. KAC’s newly designed grounds will feature a stunning sculpture by world-renowned artist Richard Hunt. Before the sculpture is installed in this Fall, experience its monumental scale and dynamic twists and turns in the galleries via a life-size silhouette. Come investigate and learn about how public sculptures are made and touch sculpture models on display!

While the Sculpting Community project is under construction on the KAC grounds this summer, campers will create their own exciting construction project in the artlab gallery. Using cardboard and make-do fasteners, campers will create buildings, structures, and vehicles that benefit communities of the future. Artist Keith Stevens will help campers work collaboratively and individually. Once the camp ends on June 30, visitors to KAC will have the opportunity to add their own futuristic cardboard creation to the collaborative installation.

Since 1996, the Krasl Art Center has been celebrating art and community with its Biennial Sculpture Invitational. The Biennial places large-scale contemporary sculpture outdoors throughout the cities of St. Joseph and Benton Harbor, Michigan – along the scenic waterfronts and parks, and integrated throughout urban and artist communities. This special exhibtion shows the finest artworks by today’s public artists. It is accessible, engaging and fosters exploration of both fine art and its surroundings.

The 2018 Biennial Sculpture Invitational is supported by civic partnerships with the cities of St. Joseph and Benton Harbor, and cultural collaborations with the New Territory Arts Association and the Box factory for the Arts.

THE KRASL COLLECTION JOINS THE BIENNIAL
As the Krasl Art Center grounds are under construction this summer as part of its Sculpting Community project, the KAC permanent collection moves offsite and joins the Biennial Sculpture Invitational in the community. New surroundings for familiar artworks provide fresh contexts, encourage seeing the works anew and celebrates over 35 years of collecting sculpture. 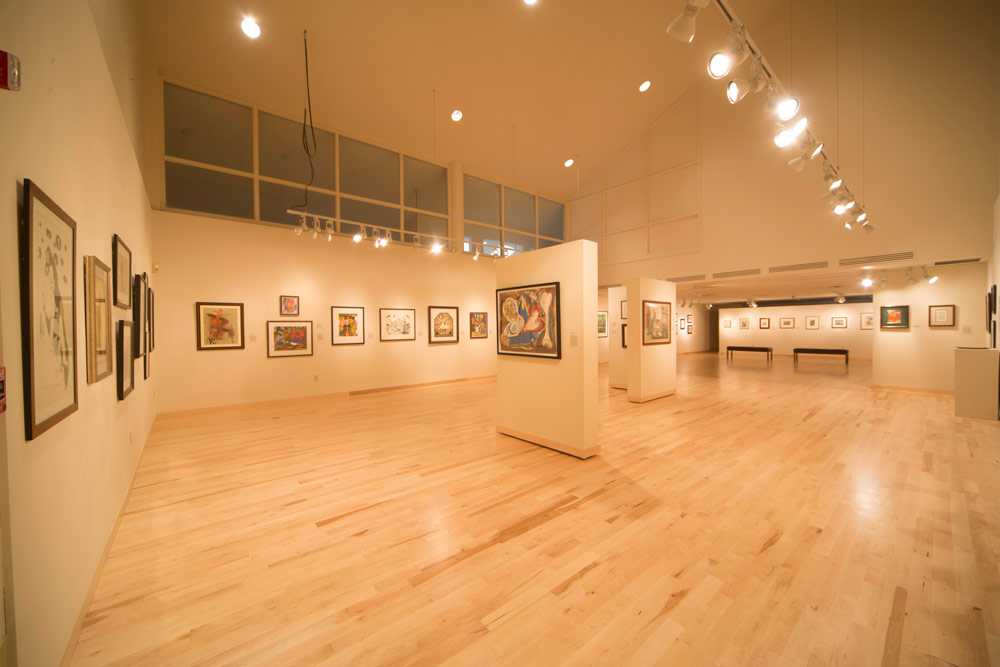 This exhibition is a tribute to the century-old handmade designs and patterns on textiles that originated in Indonesia and were copied and industrialized by Europeans and exported to Africa. Wandering Spirit: African Wax Prints traces the developmental pathway of the African wax print and tells how these fabrics reflect the stories, dreams, and personalities of the people who wear them.

Batik is a Javanese word that refers to a traditional technique of wax-resist dyeing, in which a pattern is made on both sides of cotton fabric with warm liquid wax applied by a tjanting, a small brass cup with a spout. After the wax cools and solidifies, the cloth is dyed with a primary color and the wax is then removed, revealing the pattern where the wax had once been.

The success of the wax prints in Africa is driven by many factors, such as the culture, taste, and desires of African consumers. Clothing in Africa serves an important means of communication, sending secret messages and retelling local proverbs. Clothing also depicts a person’s social status and position, political convictions, ambition, marital status, ethnicity, age, sex, and group affiliations. The names and stories associated with the fabrics differ from country to country and region to region. One fabric may have different names in different countries, depending on the symbolism that the consumer can read in the fabric.

The history of the African wax print is a history paved along colonial trade routes and globalization in the post- colonial era. Though not originally African, these textiles have become ingrained in African culture and society, and loved and identified as their own.